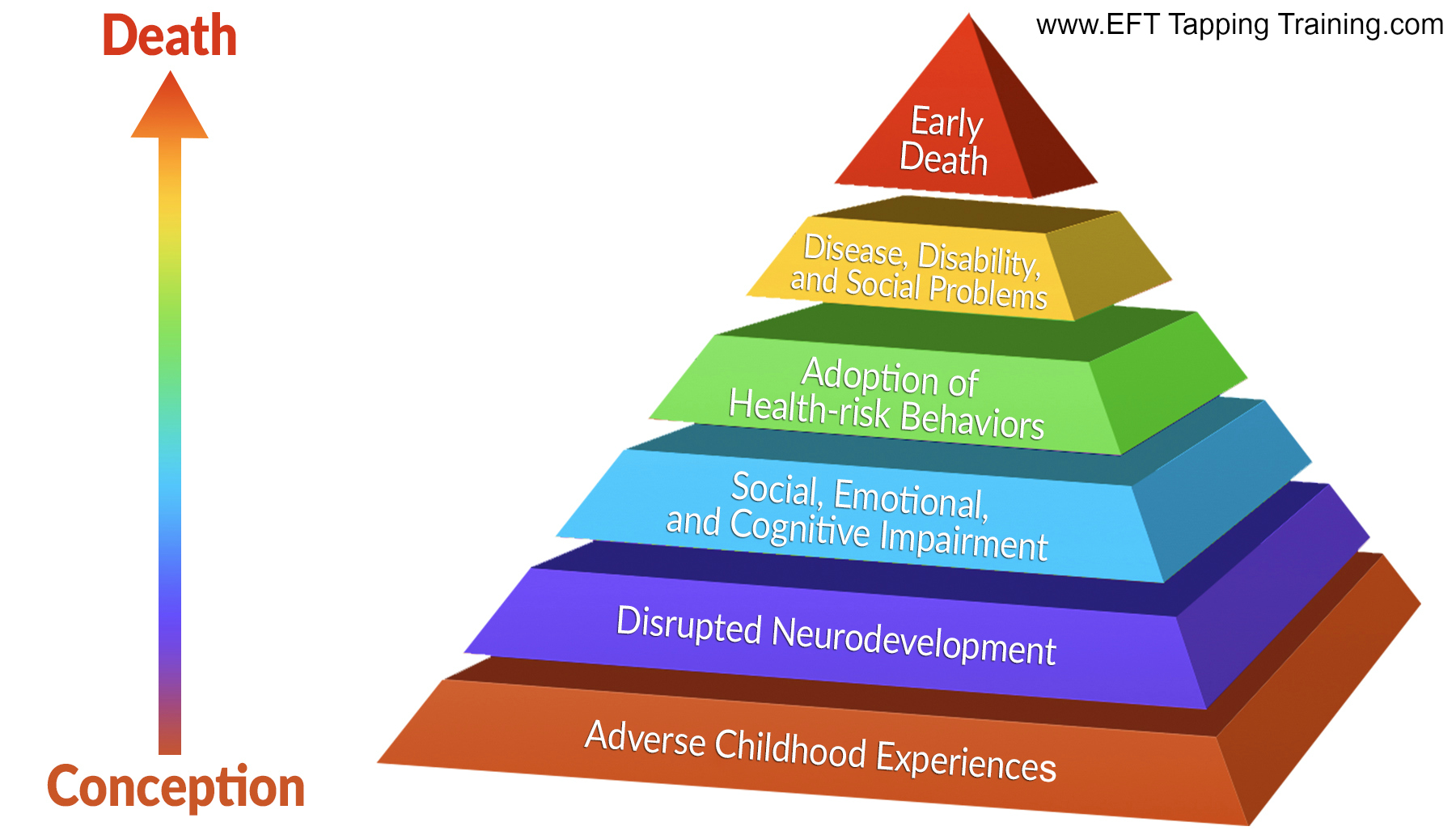 After 22 years as a chiropractor, I have no doubt that most of my patients’ symptoms have their origins in more than just the obvious physical causes. There is nearly always more involved than a patient having “slept wrong” or “moved the wrong way.”

Every day I take patient histories, I’m told what they think caused their headache or sciatic pain. When I inquire deeper, I will often uncover a significantly stressful event that occurred prior to the onset of their pain.

Stressful or negative emotions resulting from challenging circumstances have direct bearing on the manifestation of physical pain. Hearing that a patient had an intense argument with their spouse the day before their neck pain began, or that another patient’s back pain sent them to the ground two weeks after their spouse asked them for a divorce, are not unusual scenarios. The initiating cause of a patient’s “pain in the neck” may often be a “who” and not a “what.” I propose that to understand patient’s symptoms, one must look deeper than the presenting physical complaints alone.

Yet, when patients present to us with a fully shaded in pain diagram, and their medical history form has notes of heart or liver disease, they smoke and drink too much, we must have a broader understanding that their current health status and lifestyle choices are likely to have their roots in early childhood trauma. It behooves us to take this into greater consideration when we both perform an intake on our patients, and when we advise them on lifestyle behavior modifications; i.e. losing weight or smoking cessation.

As The Twig Grows

The notion that physical conditions have roots in “emotional and psychological subluxations” is not a new one. As an example, Dr. John Sarno’s groundbreaking and controversial books have been read by millions. In Healing Back Pain, he writes how, as the head physician of a large rehabilitation facility, he was able to help most of his serious chronic pain patients without physical intervention. His methods did not include prescribing medications or injections, and eventually he even stopped recommending physical therapy (at no point did he recommend chiropractic). Instead, he offered them lessons in re-wiring their thinking regarding the mind-body connection with regards to the relationship of unexpressed emotions and physical pain. He hypothesized that most back pain, and in fact most joint pain, had at its origins in unexpressed negative emotions, most often anger. He referred to this condition of emotions manifested as physical pain as TMS, or Tension Myositis Syndrome.

It is much easier for people to believe that physical symptoms or diseases are a direct result of purely physical causes, it makes sense to them and is often quite linear. The idea that how we think, how we feel and how we express ourselves has a direct bearing on our health, is an idea that many are beginning to come to accept more fully.

For several decades research had focused largely on mapping the genome in order to best understand the likelihood of the pathology resulting from our DNA maps. Yet, more studies seem to view our chromosomal inheritance as a tendency rather than a reliable predictor of disease. Studies have shown that when twin’s genetic makeups are examined with respect to genetic markers for disease, they were as likely as not to manifest the predicted conditions that they were pre-determined to be susceptible to.

The work of Stanford biologist Bruce Lipton and his groundbreaking book, The Biology of Belief, addresses the idea that what determines the health of a cell and the body is its relationship with its environment, internally and externally. That epigenetic, non-chromosomal factors, are the keys to the switches that determine whether the blueprints turn into reality. That means that what we have been exposed to, especially during our early developmental years, has significant implications for our health and well-being later in our lives. Nobel laureate Eric Kandel said, “The gene was the central issue in biology in the 20th century; the mind is the essential issue for biology in the 21st century.”

A good example of how research is tying together that which affects our mental and emotional development to adult physical health is the 1998 breakthrough study published in the American Journal of Preventive Medicine that rocked the underpinnings of our understanding of how traumatically stressful situations in childhood had a direct bearing on the leading causes of morbidity, mortality and disability in adulthood. The study, by Vince Felitti and Rob Anda entitled, “The Relationship of Adult Health Status to Childhood Abuse and Household Dysfunction,” addressed the relationship between how childhood trauma/dysfunction affected everything from cardiovascular disease, mental illness, substance abuse and more. Repeated studies around the globe have confirmed these original epidemiological findings.

The idea that a child’s exposure to traumatic situations, or Adverse Childhood Experiences, (ACEs), proved to be reliable in predicting at-risk health behaviors and revealed an increased risk of earlier mortality. This serendipitous connection began in 1995, when Felitti, an internist at Kaiser Permanente San Diego, was working to find more effective ways to help obese patients lose weight. He discovered that a higher than expected number of those patients who were unsuccessful in losing weight, had experienced physical or sexual abuse as children. This discovery eventually led to a broader study in conjunction with the Centers for Disease Control and Prevention between 1995 to 1997, with more than 17,000 volunteer Kaiser patients participating.

The original study found that 63% of the people had experienced at least one category of adverse experience and over 20% had experienced three or more. These adverse experiences were defined as emotional, physical or sexual abuse, emotional or physical neglect, and growing up in a household where someone was an alcoholic, a drug user, mentally ill, suicidal, where the mother was treated violently or where a household member had been imprisoned during the person’s childhood. The original study found that in most cases, where one ACE occurred, often several were experienced. Individuals with an ACE score greater than 4 were two times as likely to smoke, seven times as likely to be alcoholic, 10 times as likely to have injected street drugs and twelve times as likely to have attempted suicide. Additionally, The higher the number of these ACEs, the more direct a relationship occurred with an increased risk for intimate partner violence, multiple sexual partners, sexually transmitted diseases (STDs), early initiation of smoking, early initiation of sexual activity and adolescent unintended pregnancies, alcoholism and alcohol abuse, chronic obstructive pulmonary disease (COPD), depression, ischemic heart disease (IHD) and liver disease.

The development of a child’s brain is more vulnerable to emotional trauma at specific ages. For example, the corpus callosum, which assists in the regulation of negative emotions, processes social cues and promotes learning, has been shown to be vulnerable to infant neglect and sexual abuse trauma. The cerebellar vermis regulates attention and is one of the known areas of the brain that can grow new nerve cells and regulates our ability to hold attention. It has been found to be negatively affected by many types of abuse before the age of nine. Damage to this area may result in attention deficit problems and a tendency for higher cortisol production. When a child experiences trauma, which always includes some sense of helplessness, the damage goes far beyond the event, it literally can rewired the brain in sub-optimal ways.

We have to understand that many of the unhealthy patterns that our patients have are deeply rooted in emotionally traumatic childhoods that in a sense have become embedded in their neurophysiology and might be mechanisms that they have learned to habitually employ that covers a deep emotional wounding that may not allow them to easily change unhealthy habits such as compulsive and addictive behaviors resulting in a lowered state of health, and is not merely a lack of motivation to change.

So what should we do with these insights? As a chiropractor, it is important that we treat the patient in a manner that most supports their healing and is within our scope of practice and competence. We need to understand that many of the most significant health problems individuals face are compensatory habits and mechanisms that provide partial and temporary relief for the wounds of earlier developmental emotional traumas. We must provide a safe and confidential space to establish rapport and trust with our patients in order for them to reveal what may be key factors for their unhealthy patterns that lead them to our clinic doors. It is necessary to have referral sources to other health care professionals who can work effectively with patients who may be suffering due to the connection between their current condition and a traumatic past history.

[box_yellow]Craig Weiner, DC, has been a practicing chiropractor since graduating from Life Chiropractic College West in 1991. He is the director of The Chiropractic Zone on Whidbey Island in Langley, Wash. He is the host of the Change your Mind! Transformational Dialogue Radio program and teaches Right Brain Aerobics and EFT (Emotional Freedom Techniques) in partnership with his wife Alina Frank. For more information, visit www.EFTtappingtraining.com, www.tappingoutoftrauma.com or www.chirozone.net or send an e-mail to drcraig@chirozone.net.[/box_yellow]